Hi folks,
it's  been a couple of weeks since my last post, but DO NOT worry, as I have quite a few things to tell you about.


1:2 Saturdays ago, with a good crew at Oyster Bay along with Steve Bauer our electrician, we were able to mount the shutoff switch box that will provide/disconnect power to our turntable. Steve also added some more underground piping for the wiring.
At the same time, Ronnie and Gerard had a crew out in Riverhead by the RR Museum of LI-Thanks Don Fischer of RMLI for all of your assistance!
The task at hand was repainting the Baggage Mail car. Our ex-LIRR BM60.
It, like our P72 coaches was covered in Graffiti and we needed to get it painted. With the correct color paint (no Barney purple) Tuscan Red, they got to scraping and painting most of the car. They plan on finishing this Saturday.
They have done one hell of a great job.

2:last Saturday, Leon, John Specce, our President, me and Steve Torborg went to the home of a donor who was giving us a scale model of a steam locomotive that his late brother had built in the basement.
We arrived at 8 am and began the (very) arduous task of figuring out how he had assembled this model. BTW- it was wired up to move up and down the track that it sat on!!

It must have taken us an hour before we figured it out due to extremely heavy paint build up that covered/obscured the mounting bolts. We removed the 2 (!) bolts and slipped the very heavy boiler off of the frame.
Then we had to drag it up the stairs and I tell you that it weighed over 300 lbs. if it weighed an ounce. BUT! that was the easy part.

The donor, Danny, and the 4 of us then had to figure out how to get the frame which was solid steel and wood off the table that it was resting on and again, drag it up the stairs and out onto dollies.
This part weighed over 600 lbs, but we didn't know that as we first tried to bring it up nose first.
Big mistake, as we couldn't swing  it out the side door because all of the weight on the rear of the frame.
SO! what we tried out then (after taking a well deserved rest) was to swing the unit around so that the heavy end was at the top of the stairs. When we finally got the frame up, we wound up tilting the unit up on its end which wasn't the easiest or smartest thing that we ever did! Believe me that it was UGLY!
It worked, but I wound up pulling my back out.
We turned the unit so we could tilt the nose into the house while we pulled the rear out the side door and onto a moving dolly.

After what seemed like 2 hours, we finally got the unit onto dollies and to the front of the house when the skies opened up. Luckily, Danny's wife made us a delicious lunch of Sausage and Peppers and his mom made us lemon cookies.. So, we ate while we waited. Finally, we were able to load the unit into the trailer and said our goodbyes.
While John had to leave a bit earlier than we did, Steve and Leon drove the trailer up to Oyster Bay while I went home to rehab my back, WHICH, until even today, 6/21/17, still hurts like a banshee!
We left around 4 pm but Leon and Steve didn't get home until after 6 pm due to the traffic and we were just in Ozone Park!!
This model, because it does move under its own power (electric), can be better utilized as a display model instead of the unit we currently have.
This coming Saturday we WILL get the circuit breaker box installed on the frame.
We just need to take it apart which will lighten it up considerably.

Comment as you see fit.
Better yet, come on down and lend a hand-take a look and let us know how you really feel!
Thank you
Gary

#35 in the damnedest of places!

So I read somewhere that #35, while it sat in Salisbury/Eisenhower Park, was used as a photo prop for numerous occasions. Here are a few album covers that feature #35.
Some may be easier to spot #35 in the background, however, I assure you,  after diligent research and matching the angle to known photos, that it is really #35 in the photos/album covers. I'm still looking for more. 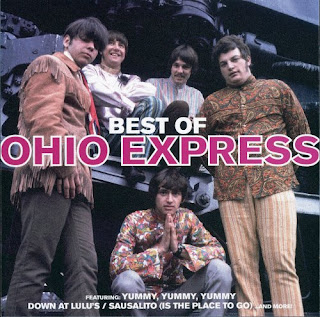 The photo above was taken on the fireman's side just behind the steam cylinder. You can see the huge casting for the valve gear hanger on the left side of the photo by the singers shoulder 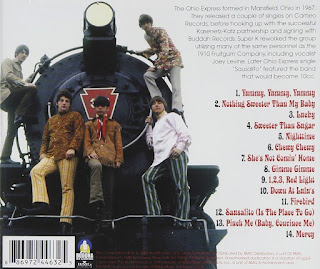 This ne is way too easy to figure out, but, Keystone, folks!!! You can see the #3 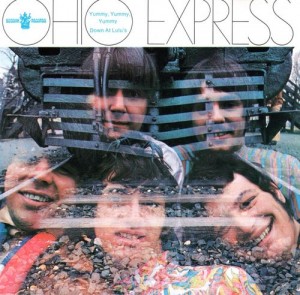 Roadbed and tube pilot with the staircase to the right side of the photo. 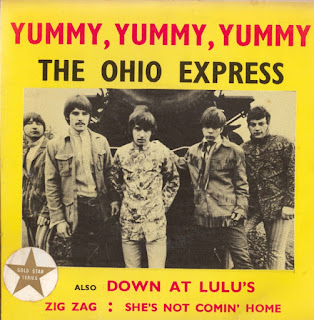 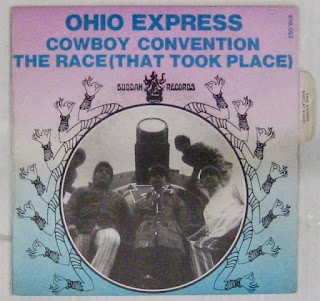 And, another view looking upwards from ground level. Again, this is a gimme as you can clearly see the keystone with #3 behind the guy in the center. I would love to get my hands on the photographers inventory of slides from that day!
Posted by OBRM at 10:53 AM No comments:

Hi folks,
I've been sick for a few days so I can't remember which part this blog is. Please forgive me.
So let's see whats going on.
2 Saturdays ago, I forgot to post this blog-
ahem.....
While a small, but highly devoted, crew was teaming up in Riverhead to begin the repainting project,
George, John S,Paul, Bernard, Steve,Leon and I installed the 2nd electrical panel board.
We hated the back breaking work, however, we got it done.
We did have to re-hang the french cleat which will actually connect to the electrical cabinet itself.
Hopefully, we will be able to install it come Saturday June 10, if the electrician is around to inspect things for us. If he is and we pass muster, then we can glue up the underground piping which will connect the meter pan to the breaker box and back fill everything. This would also be a help as walking around and over the turntable is getting mighty lame.

Now onto This past Saturday June 3rd.
While Leon, Steve T and myself were attending my sister in law,Betty's, wedding, Gerard was in charge at Riverhead. Thanks to Ronnie, Don Fischer from the RR Museum of L.I. and the OBRM crew who went out, our P72 passenger coach 2956 has had all 4 sides repainted in the proper-silver marlin- color. The roof was not done nor was the underside, but just the 4 exterior walls as there was plenty of graffiti and we desperately need to get it painted over.
Next week, weather permitting of course, we plan on attacking our BM60-Baggage Mail car for repainting.
It too has been tagged while in storage and it will, once again, look splendid in a fresh coat of Tuscan Red.
Again, no underside or roof painting is planned.
After our second P72 coach, 2935 is brought into the storage yard, we will bombard that car as well for repainting.
Photos have been posted on OBRM Facebook page.

All is well, All is good.
Comment as you see fit.
Gary
Posted by OBRM at 10:36 AM No comments: